Ok, I’m at my wits end... I’ve been using the water release decals ( like we used building models as kids) on Harley tanks for decades now. For the past 15 or so yrs, been using deltron base & universal clear, with no issues. Same process, timeframes & materials. I have had 3 sets of decals now in a row, that lift completely off the tank after the clear has set. Run a blade around the edge & they pop off completely, in one piece. This current tank same issues, while waiting 2 weeks for a new set of decals, I sanded, spotted in & recleared the tank. Let that sit a few days to gas out, then wet sanded with 600 & let that sit a few days to make sure any vapors had exited the surface. Installed the new decals yesterday morning & let those sit almost 24 hrs. Just shot a light coat of universal to seal them before hammering a couple coats. As soon as the clear was dry enough to touch, you can rub over the decal & watch it release from the tank.

am I missing something or are these just bad decals. Had a similar issues about 10 yrs ago & it was bad paper, the glue stayed on the paper & didn’t release with the decal.

the first set, after clear & after cutting clear with a razor & the decal popping off. 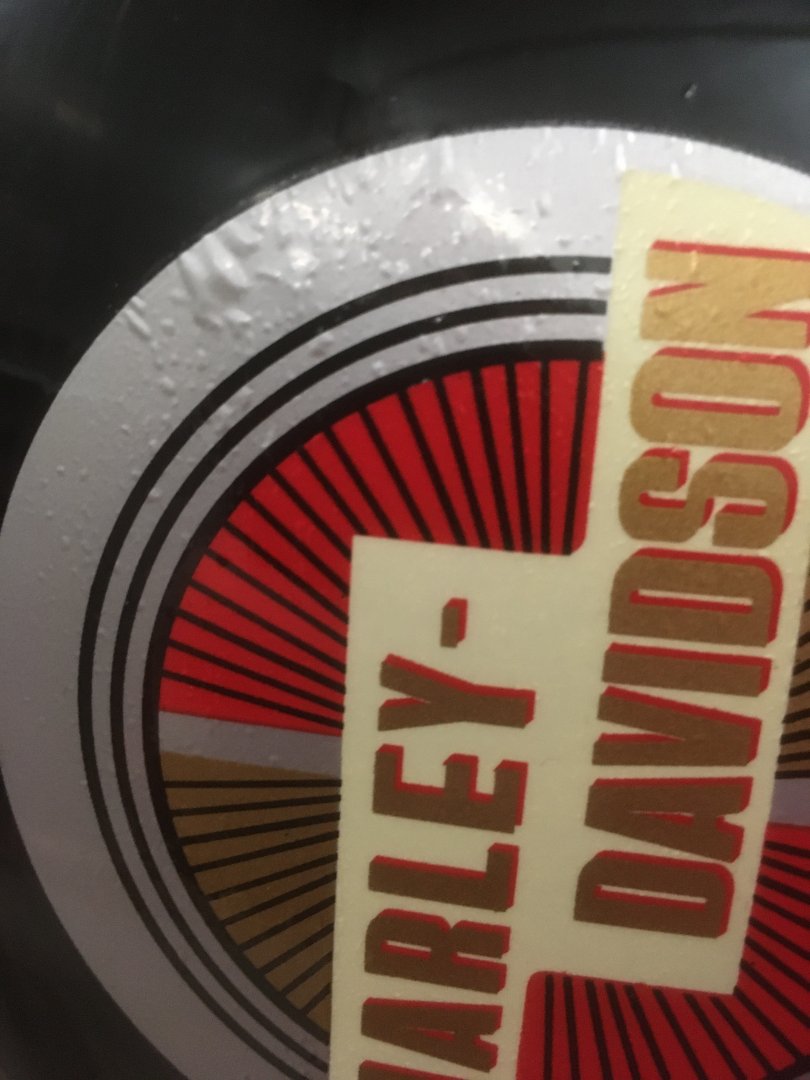 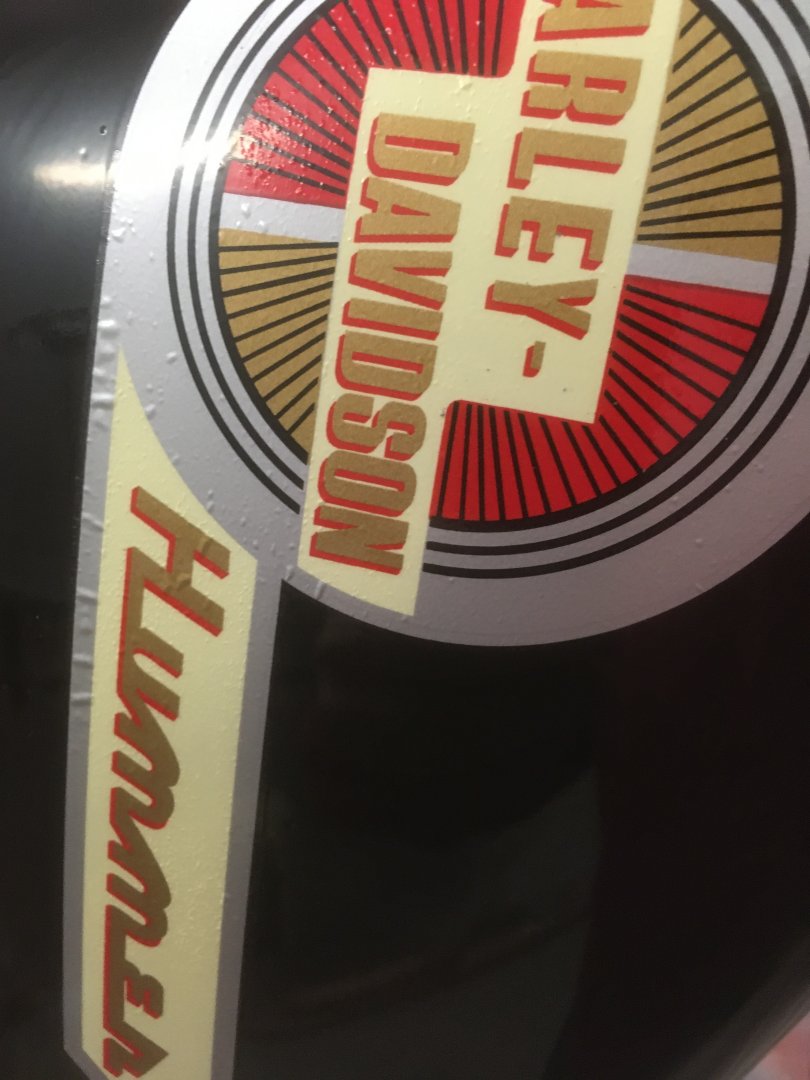 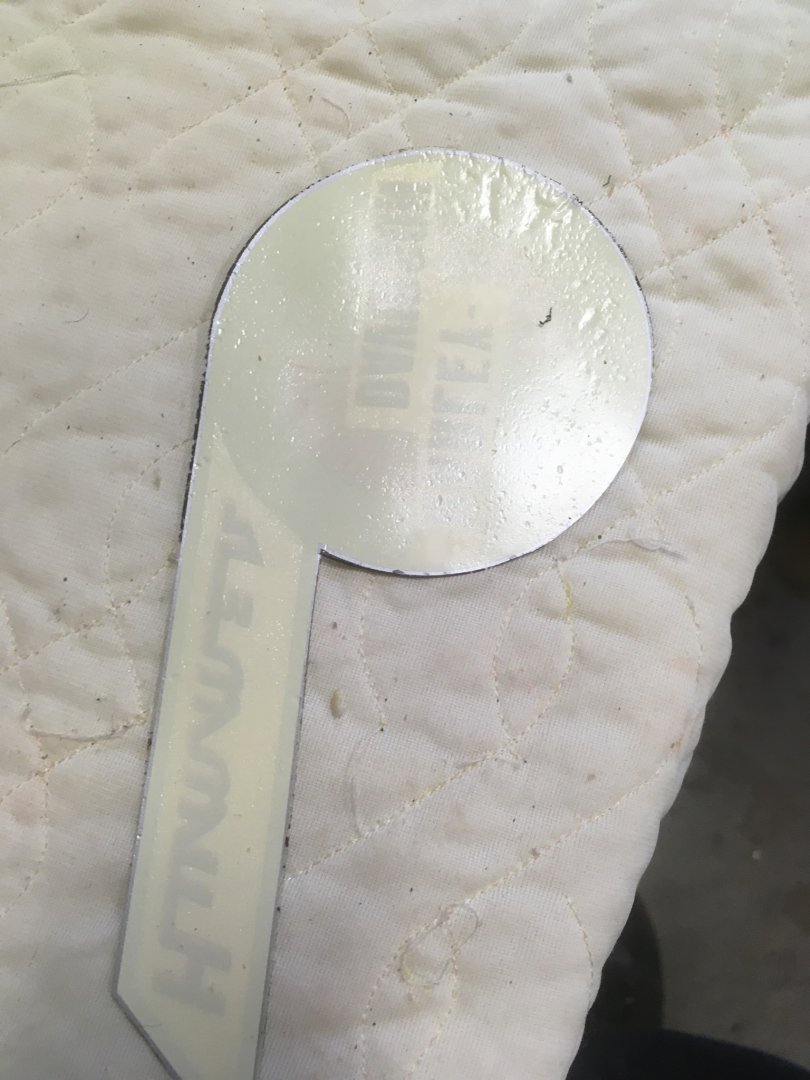 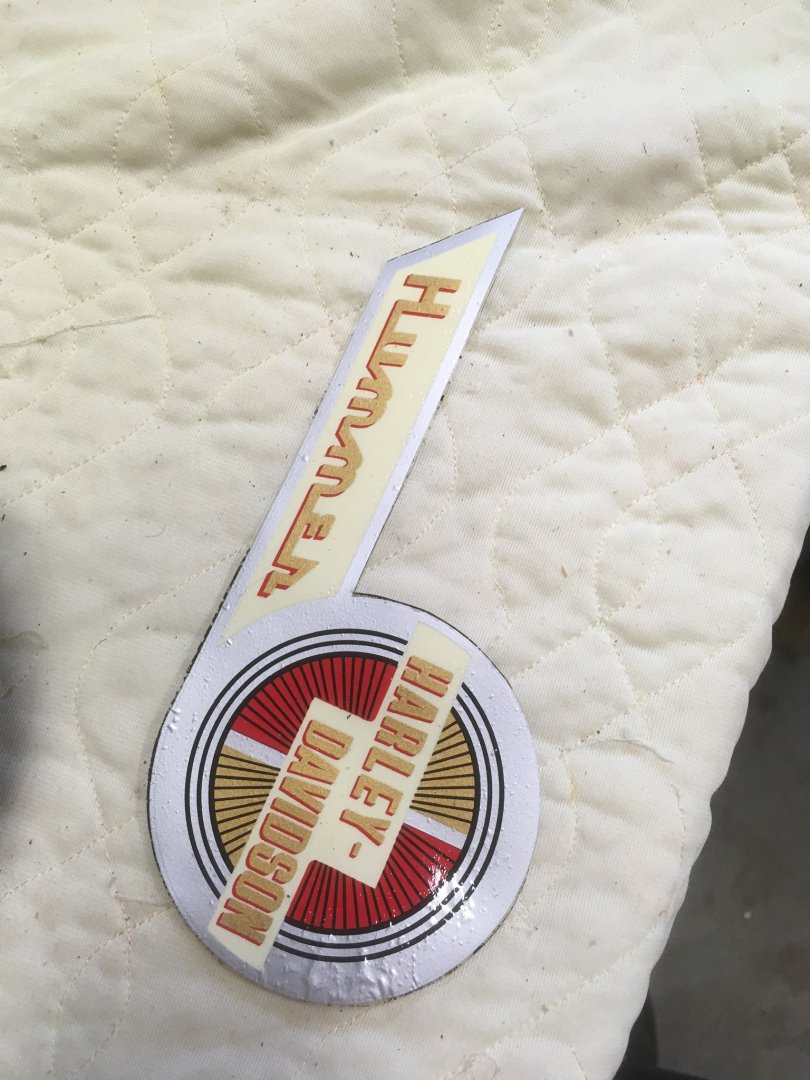 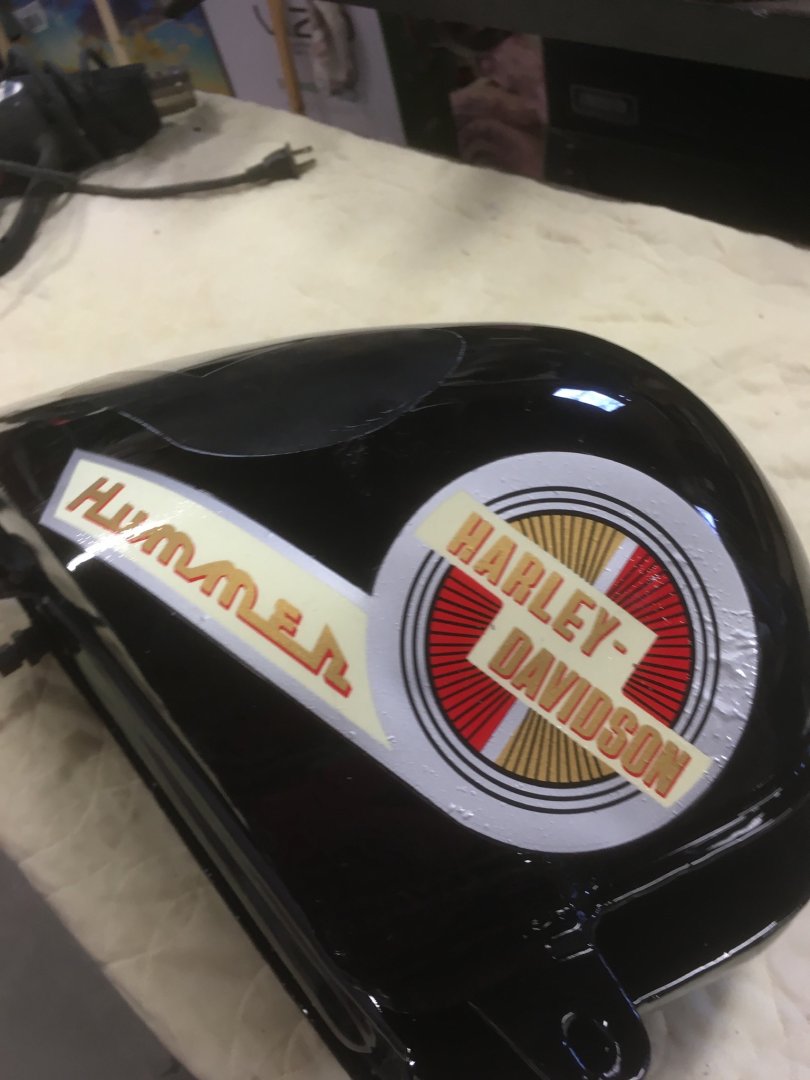 I have heard others having the same issue lately. My guess is the manufacturer changed the decal material, and it just doesn't like clear. Like you, I've done quite a few, and never had an issue.

same here. i havent done many things over the years with water slide decals. just a small handful of jobs and never really had an issue with it. what you are describing just sounds like the adhesive doesnt like the solvents. next one try some intercoat clear over it first. use fast reducer and do a couple few very light coats allowing it to fully flash. basically lock it down with that that apply your urethane clear over it. the intercoat is much faster to flash and might flash before the solvents have a chance to attack the glue.

so there is no chance there was still water under the decal?

anotheridiot said:
so there is no chance there was still water under the decal?
Click to expand...

No, no water underneath. Today, With the clear having set almost 24 hrs you can rub the decal & watch it turn loose of the tank with no real pressure or effort.

im running a test right now. I have one extra single decal from a pair I only used one doing a repair on a bike that fell over & only damaged one side. It’s a few yrs old, but know it was a good decal. Using the same materials/ methods on a piece of scrap 18ga. I’ll use this decal. If it turns out ok, I will pretty much know it’s a bad run of decals.

I ran the test with the same materials/timeframe/ processes & a known good decal, although about 10 yrs old & everything came out fine. I also did some research & got my supplier to fess up that these troublesome decals came from the estate of the guy who made the ones that were bad a few yrs ago. So deductive reasoning would point to some that weren’t pulled/ destroyed from that batch. Now to find some good vinyl decals...