First I wanted to say thanks to everyone who posts here as I have learned tons from the discussions.

I have helped my two oldest boys semi restore a couple of BMW E30 cars. After making my 2nd son's car road worthy I decided to pick up a convertible to fix up for me and my wife. The car was heavily oxidized when I purchased it and the front end had some minor collision damage. After buffing out the oxidization, I straightened the core support, replaced the front valence, bumper and added the the sport lip. All of these pieces had to be painted.

A late friend who painted professionally taught me the basics several years ago. I picked up not only some knowledge about painting from him, but also a love for fixing up old things and making them beautiful again. I am still learning of course.

The primer is SPI white epoxy. The basecoat is BMW Brilliantrot Red Motobase from Chad's. Finally, SPI universal clear. I used a Devilbiss fg4 for the primer and Devilbiss gfg670+ for the base and clear

I am super pleased with how it turned out. All of the products listed above were user friendly for a newbie like me. When I made a mistake it was relatively easy for me to address. For example, I had two small runs to deal with and the Universal clear was very forgiving. And it wasn't difficult to cut and buff the small amount of orange peel I had. The only downside is you definitely notice the flaws in the rest of the car now (hood for example)!

This was kind of my “practice” run before painting the whole car in the near future. It was an enjoyable project and I was very happy with the products used.

Again, a big thanks to everyone who contributes here. The knowledge I gained helped me complete this project successfully. 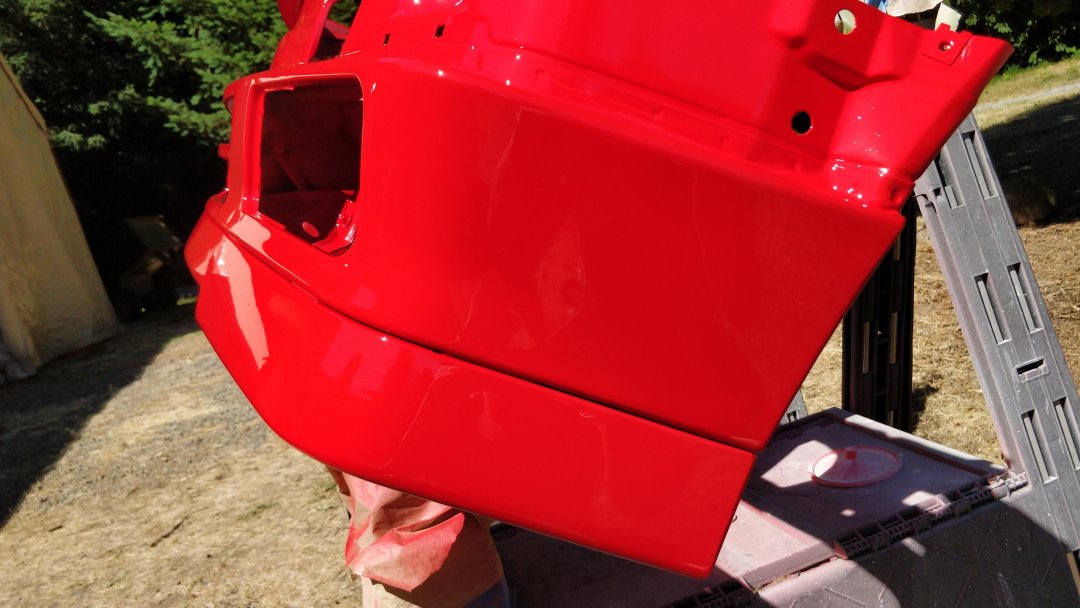 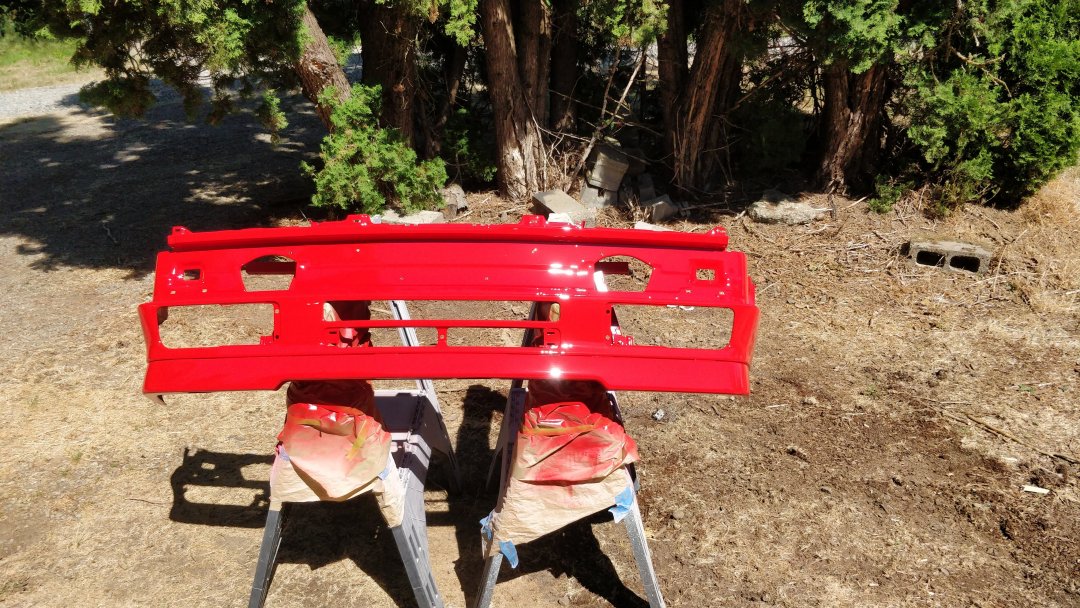 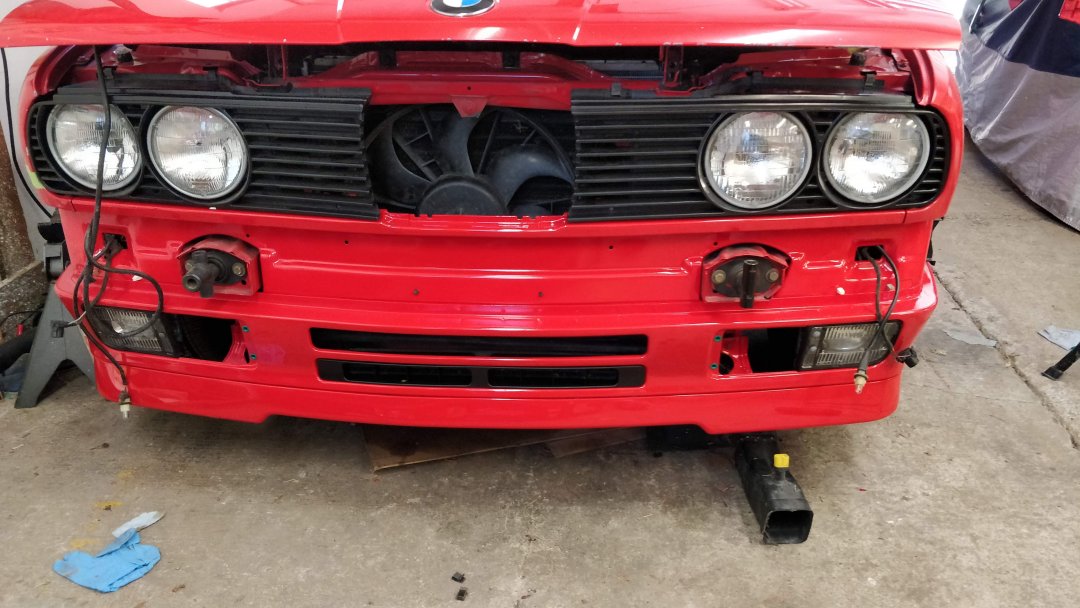 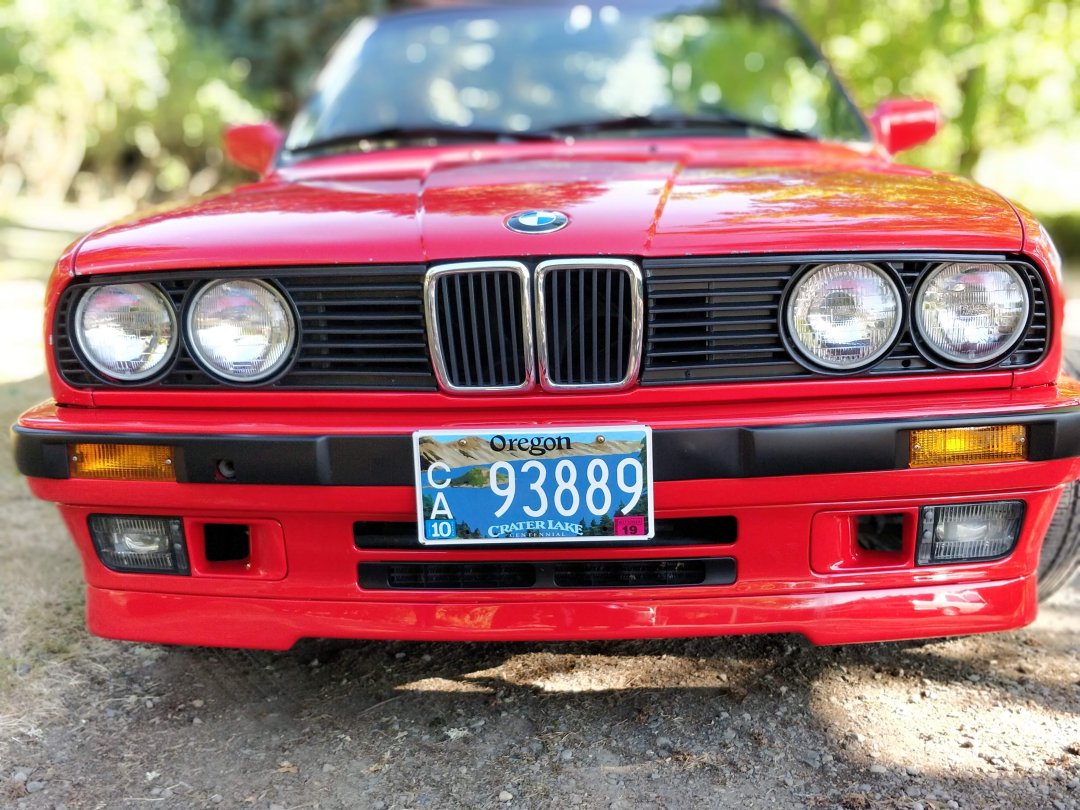 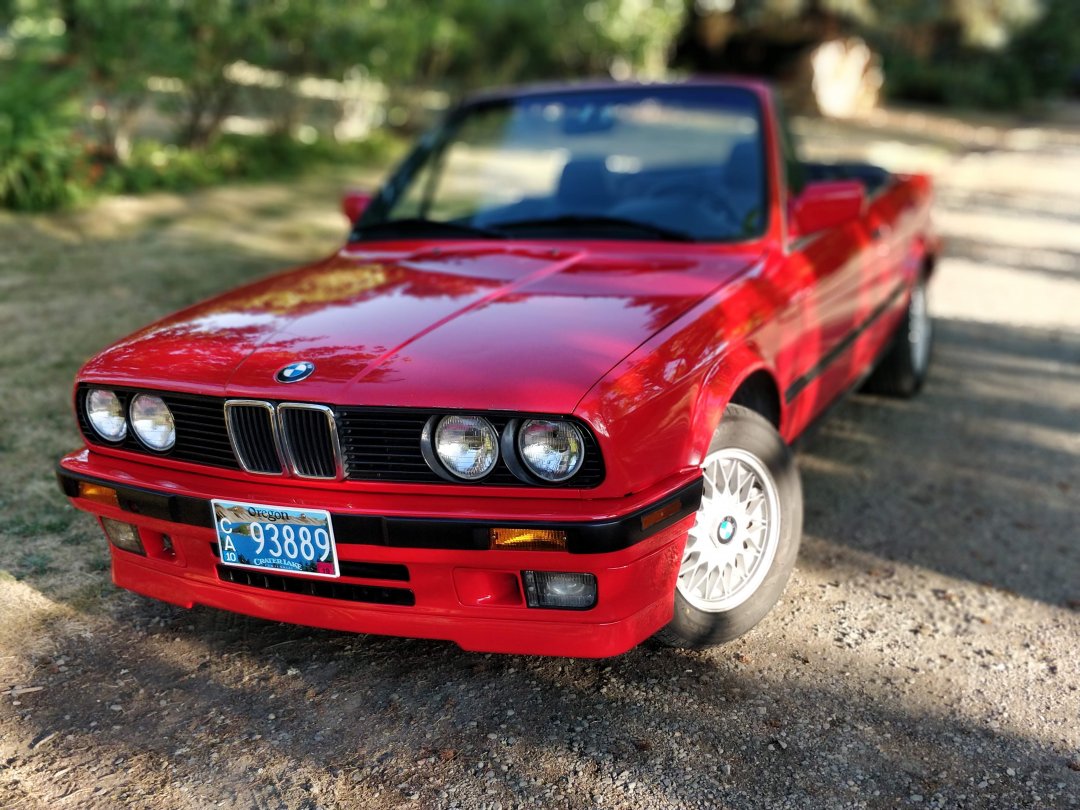 Glad it worked out. You did a great job! Can't go wrong with SPI

Staff member
Make no excuses on your lack of experience, this job looks great!!!!!!
J

That looks awesome to say the least!
W

So over the winter of 2018-2019 I decided to fix all the dings and dents in the rest of the car and then paint the rest of the car last summer (2019). I just recently finished putting it back together (being stuck at home has helped). Here are some photos of the process.

A few more of the suspension work. I modified the strut tubes for a Ground Control coil over conversion. Painted suspension parts with SPI black epoxy

And here it is after the full paint job and suspension work. BMW 308 brilliantrot red with SPI universal clear. Super happy with how it turned out. Now my boys are begging me to paint their E30's (we have 4 in the family)!

Staff member
A lot of work you did and looks great.
C

Those results are going to make driving that car a lot more enjoyable. Looks awesome!
E

Very nice indeed, Anybody would be proud to drive that car!
M

Barry said:
A lot of work you did and looks great.
Click to expand...

Thanks Barry. Also a shout out to your guys in the office. They have always been super friendly, helpful and quick to respond when I place an order.
J

And the car came out amazing.
W

And the car came out amazing.
Click to expand...

I did a positive pressure booth with no exhaust fans. I mounted an HVAC squirrel cage fan(3 speeds, but I ran it on high most of the time) outside a window and forced air into the booth through the four filters mounted up high (you can see them in the picture that shows the car masked and sprayed red). At the opposite end I built a filter box that I could pull the garage door down on top of. It contained 4 filters as well (see picture that shows the bumpers and fenders on stands). I was trying to get the air to start high and go down as it exited. It worked ok, but I had a few issues. I had some weird turbulence caused by a standing wave in my inlet filter bank. This created some issues for any parts that were too close to that end of the booth. Once I figured that out I tried to spray most stuff towards the other end. All the lumber was screwed together so I could easily tear it down and put up again in the future.

A side note: My workshop is a separate structure from my house. I probably wouldn't feel comfortable doing positive pressure in a garage attached to a house.

Thanks for the compliment!

LOL. I had a friend that did that in an attached garage. When he finished painting his red car his wife came out yelling hysterically. Not only did the house really stink, there was red overspray around the electrical outlets and switches. He had to repaint the entire interior of the house.

His garage had an access door that went under the crawl space of the house.